It’s Official: The Leap Second Will Be Retired (a Decade from Now) 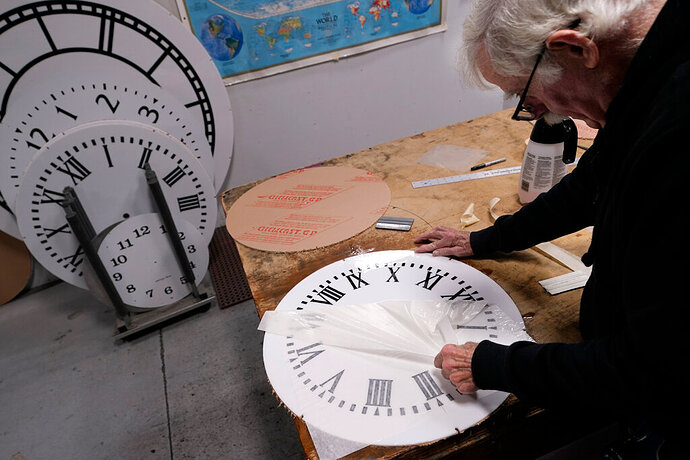 It’s Official: The Leap Second Will Be Retired (a Decade from Now)

On Friday, an international vote was taken to ditch the leap second, a technical fudge that has caused headaches since its inception 50 years ago.

According to the article, leap second will be suspended from 2035 for at least 100 years before a final resolution regarding the TAI and UTC difference can be developed.

Resolution D calls for U.T.C. to go uninterrupted by leap seconds from 2035 until at least 2135 and for metrologists to eventually figure out how to reconcile the atomic and astronomical time scales with fewer headaches.

Proposal: Add some accelerator / decelerator to the Earth and stabilize its rotation!

Why not change the definition of time a tiny bit so the second is a thing of the past.
I do not see a problem with this, you can calculate it and adjust it every year.

More problematic is daytime-savings, nobody worries about 1 second, we all hate summer-wintertime jumps.

Time they solve that problem and stop it.

Why not change the definition of time a tiny bit so the second is a thing of the past.
I do not see a problem with this, you can calculate it and adjust it every year.

More problematic is daytime-savings, nobody worries about 1 second, we all hate summer-wintertime jumps.

As the most fundamental SI base unit, the definition of second should be as static as possible. Quoting from Wikipedia:

The second, symbol s, is the SI unit of time. It is defined by taking the fixed numerical value of the caesium frequency, ∆νCs, the unperturbed ground-state hyperfine transition frequency of the caesium 133 atom, to be 9192631770 when expressed in the unit Hz, which is equal to s−1.

Changing the definition of second every year will make other SI units like meter also fluctuate. Can you imagine your body height changes every year because of unit change? This is unacceptable. Regarding DST, it is problem of certain countries, not the problem of whole mankind. Feel free to petition for abolishing DST in your country.

I know, but the earth’s rotation isn’t stable and our distance to the sun is changing also.
Because of that a static definition of time is hard to keep.

As the earth spins faster since some years, there will be negative leap seconds needed to keep it static.

As for DST, there where many petitions and many of signed them, but our stupid politicians won’t make a decision. Nobody wants it, but they keep discussing rather then set 13 o’clock as high sun hour.
That time is the middle of the working day and should be used as time. Probably too simple for politicians.
Oh well, some day…they finally decide to stop the nonsense.

That isn’t really good, I would vote for 12 o’clock. In the old time, there were no timezones, only local time at each place. The definition of the noon is when the Sun is at the zenith, and that is 12 o’clock precisely.

I would agree with you if 12 o’clock was the middle of our day, it used to be.
However most people get up at 7 and are home at 18.
Ergo 7+18=25, if you devide that, it means high noon should be 12:30.
By setting it too early you sit the entire day in the dark like we have in Belgium.

As the current European central time is based on Berlin time (thanks to Hitler) we in Belgium are way off the correct time.
We should have UTC and not UTC+1/+2, our time is so far off, it’s a big problem for many people when it switches.

We invented electricity and lightbulbs, as such we do not depend on daylight and then goto sleep.
As such 12 o’clock is too early for noon.

Because we have UTC, there is no reason anymore to keep large parts of the world at the same time, we should devide it in real 1 hour time-zones where most part of country (like Belgium) is located, then keep that. Modern watches can simply show local and UTC, so people do not need to be confused what time they make appointments.

We didn’t have this before